Mozambique has emerged from its turbulent past to rank among the most desired destinations on the continent. Natural beauty, seemingly endless beaches and the opportunity to explore a country that only a relatively small number of people have been to, have all propelled Mozambique to the top of many “must visit” lists. To inspire you to look more closely at this amazing country, we’ve uncovered six hidden gems from Mozambique’s veritable treasure chest of attractions. After all, when the capital Maputo is known as the “Pearl of the Indian Ocean,” you can expect a few jewels.

The “tip of gold” in southern Mozambique is close to the border with South Africa, making it one of the most accessible beaches. Famed for its spectacular skies at the beginning and end of each day – when even the clouds seem to be made of gold – this is the perfect place to begin your love affair with Mozambique. Pick a spot at one of the informal local restaurants and enjoy a plate of legendary LM prawns with fiery piri piri bird’s eye chili sauce, washed down with a cold Laurentina beer as the Indian Ocean rolls in. This is a place to take off your sandals, and kick back – or take a diversion to Inhaca Island in search of migrating humpback whales. 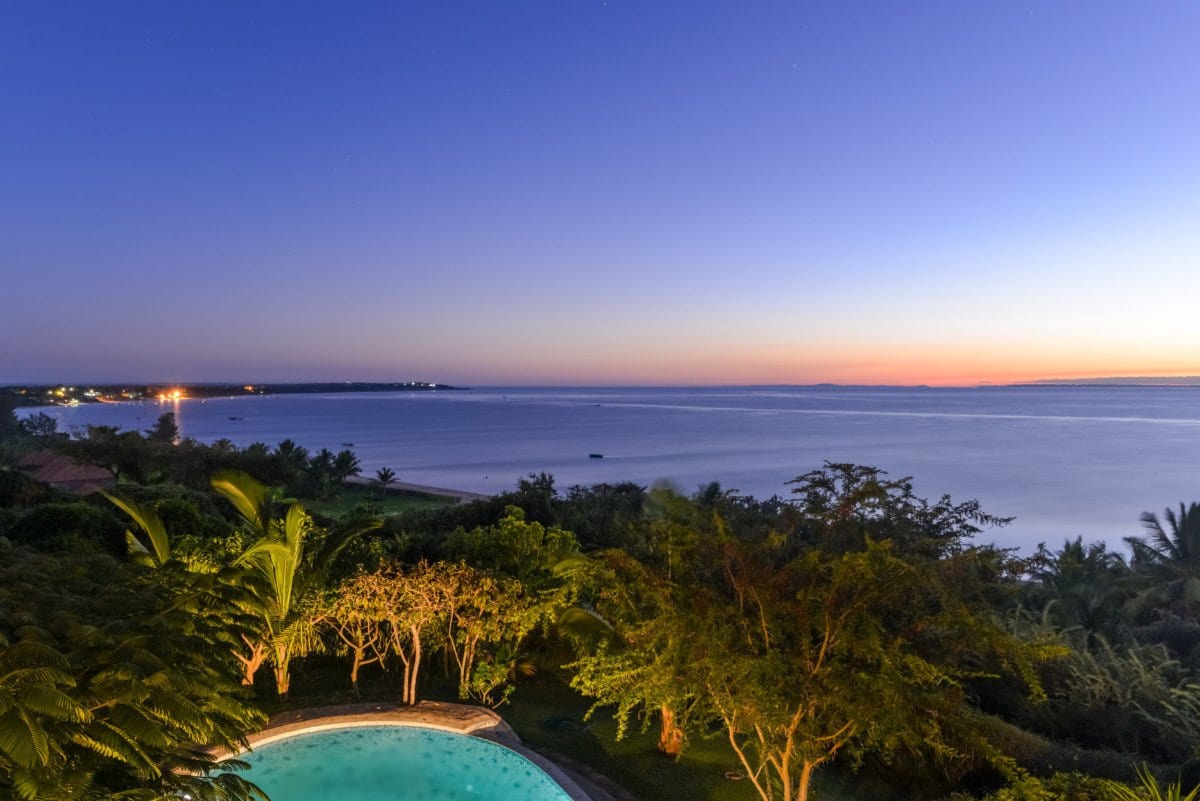 With five miles of perfect sandy beach, it’s not hard to see the reason behind Tofo’s enduring popularity. Colorful wooden fishing boats pulled up on the shore and the endless murmur of the waves make it inevitable that you’ll soon hear the call of the ocean. Tofo has long been renowned as a SCUBA diver’s paradise as it offers the opportunity for up close and personal encounters with whale sharks. These gentle giants, the world’s largest fish, are as long as a coach but entirely lacking in large teeth. They share the ocean with giant manta rays, which can be seen flying along underwater.

The ancient capital of Mozambique, this fascinating stone-built island town can only be reached by a two-mile-long bridge from the mainland. With centuries of history, its walls could tell tales of the spice route and great explorers, as well as darker stories of pirates and the slave trade. Snatches of Swahili and the call to prayer from the minarets of mosques can be heard in the winding streets, and remind you that you are now starting to leave southern Africa behind. The continent’s oldest surviving European building can also be found here – a tiny whitewashed chapel dating back to the late 16th century.

Situated at the southern end of the Great Rift Valley, Gorongosa is the setting for a remarkable modern conservation story. With its patchwork quilt of habitats, from mountains to savannah, the park boasts amazing biodiversity, including some 400 bird species. The wildlife was decimated during Mozambique’s civil conflict, but thanks to the efforts of international donors and local rangers, it is now staging an incredible comeback. There is no more certain proof of Mozambique’s renaissance than watching the elephant herds reclaim their ancient stomping grounds in Gorongosa. Along with lion, buffalo, wildebeest and many other species, they have put Mozambique firmly on the safari map. 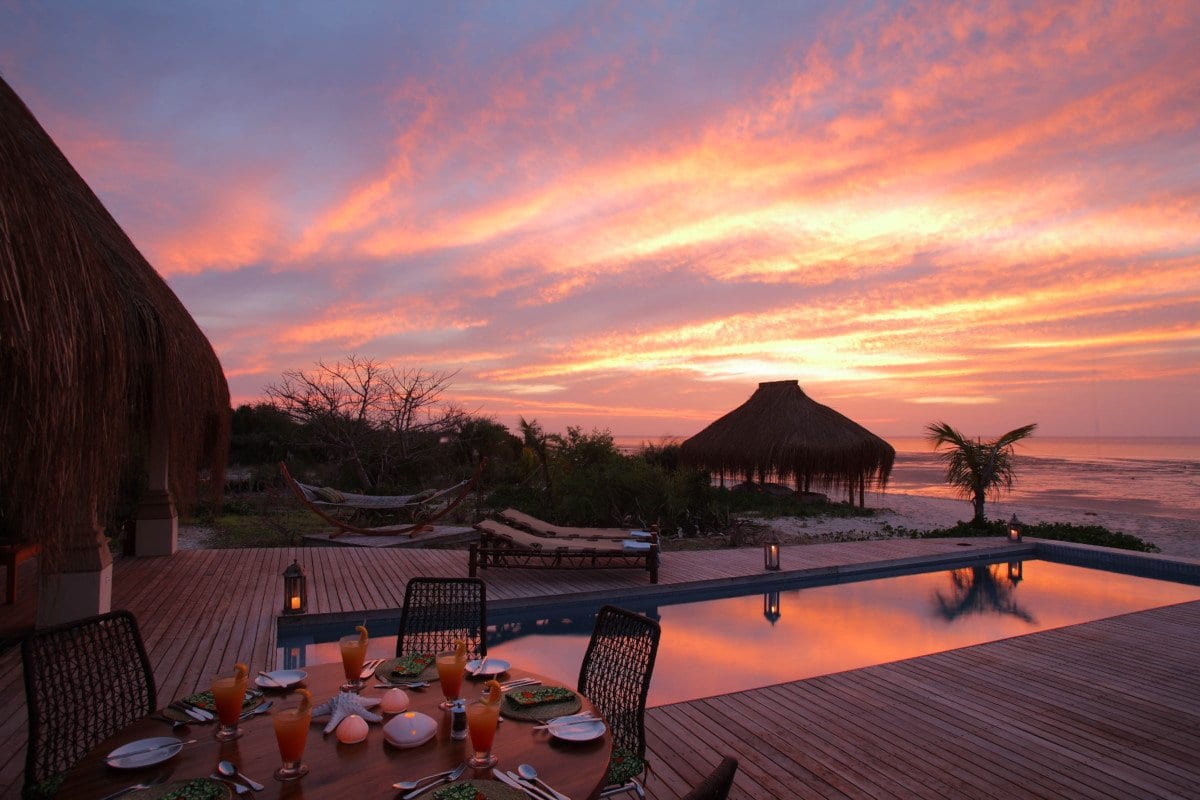 If you’ve ever daydreamed of whiling away a holiday on a desert island, then you’ve already pictured Bazaruto. This clutch of six emerald islands in a sapphire sea is an undoubted highlight of any Mozambican itinerary. Curvaceous dunes roll down to the warm waters of the ocean, and the triangular sails of traditional dhows stiffen in the breeze. The whole archipelago has been declared a national park, to protect its intact coral reefs and population of bizarre but endearing dugongs – the marine mammals believed to have inspired sailors’ tales of mermaids. Enjoy diving on the reefs, or relax with a book and a cocktail on a hammock slung between two pieces of driftwood in the shallows.

The largest island is home to Azura Benguerra Island, easily the most luxurious accommodation option in Mozambique. Enjoy a blissful stay with massages, superb seafood, and as many or as few ocean activities as you choose. With warm sand between your toes and the scent of frangipani in the air, you can live out your Robinson Crusoe fantasies – only in complete luxury!

One of the Quirimbas Islands in far northern Mozambique, Ibo is far from the beaten track, but very well worth the series of flights (in ever-smaller planes) needed to reach it. Powdery white sand, tangled mangroves, bulbous baobab trees and a very comfortable castaway experience are all on offer here. Graceful but abandoned beach villas speak to the islands’ colonial past, while the fishermen and silversmiths gathered in the shade of the massive walls of the old fort seem to be relics of a more distant time. A small number of eco-lodges have been established here in recent years – their sensitivity to this wonderfully unspoiled location extends to choosing not to have electricity, but with lanterns, candles and stars a-plenty, you’re unlikely to miss your lightbulbs or smartphone.

Visit Mozambique and discover your own hidden gems. Our newest itinerary South Africa & Island Wildlife features Bazaruto Archipelago with a stay at Azura Benguerra Island. If you have questions or would like more information, reach out to us.