Travel is the art of movement with a destination in mind, and when you next embark on a journey to Africa, you might want to time your visit with one of Africa’s animal migrations – mass movements of wildlife in search of better feeding grounds, or ancestral breeding places. Birds do it, wildebeest do it, even in the seas they do it – sometimes it feels as though everyone is on the move! Africa’s animal migrations offer some of the continent’s most iconic wildlife experiences, as thousands – or even millions – of creatures, driven by ancient urges and following inherited mental maps, fearlessly take on natural obstacles and run the gauntlet of assembled predators looking for an easy meal. Here’s our guide to some of Africa’s most moving experiences, and the best places to stay to experience them. 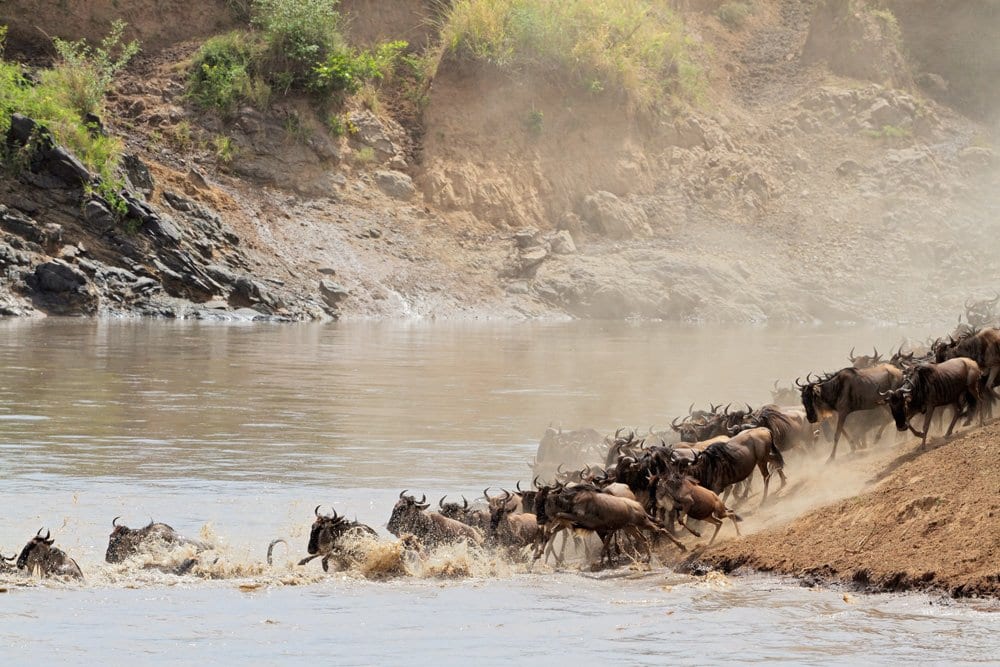 This is the big one – Africa’s most famous animal migration involves up to 1.5 million wildebeest and 200,000 zebra on the move. In human terms, that would be the equivalent of everyone in Phoenix or Philadelphia packing up and moving – all at once. The Great Wildebeest Migration is spurred on by new grass growth prompted by rainfall and sees the antelope and their traveling companions circle between the Serengeti in Tanzania and the adjacent Masai Mara in Kenya. During each cycle, one in six will die due to the actions of predators, or thirst or exhaustion – but a half million new calves are also born. It’s not one event, but rather a continuous 500-mile loop of migration that never really ends – which means that there are multiple options for viewing moments of drama (such as river crossings) and touching scenes (such as births). You just need to be in the right place at the right time

WHEN TO VIEW AND WHERE TO STAY
In May, during the long rains, the herds begin to move northwards through the Serengeti and towards the western corridor. Booking a stay at either Mwiba Lodge or Kusini Camp in the southern reaches of the Serengeti will give you front-row seats.

To witness the gathering of the herds in the Grumeti, we’d recommend staying at Singita Sasakwa Lodge during June, while by July and August, the herds have to confront their most daunting obstacles: crossing the crocodile-filled Grumeti and Mara Rivers. Both Sayari and Nomad Lamai can put you at the heart of unforgettable wildlife drama.

By September/October, the herds have crossed in Kenya, and are enjoying fresh green grazing after their long journey. Two of our favorite migration hotspots in the greater Mara area are Rekero or Naboisho. It’s also worth remembering that even if your African safari doesn’t coincide with the Great Wildebeest Migration, the resident wildlife in both the Serengeti and Mara is worth traveling for.

Renowned as the Great Wildebeest Migration is, you might be surprised to learn that there’s another annual migration that takes place in Africa and involves even more mammals on the move – and they don’t leave a single hoofprint behind them. We’re talking up to ten million participants, which is handily more than the population of New York City. Our migrants this time are straw-colored fruit bats (a fox-faced bat with distinctive yellow fur and a 30-inch wingspan). As their name suggests, the reason for their flight is fruit – and viewing the Kasanka Bat Migration could prove to be one of your most fruitful wildlife experiences.

WHEN TO VIEW AND WHERE TO STAY
The Kasanka bat migration takes place for only around 60 days each year, from late October to mid-December. The action begins at dusk, as the sky is darkened by thousands upon thousands of wings as the bats leave their roosts to gorge themselves on tree fruits, with hawks in pursuit. Wasa Lodge, in the heart of Kasanka, offers the best viewing. It’s rather rustic, so we’d recommend pairing time there with a stay at Mfuwe Lodge in South Luangwa to add some luxury to your experience. 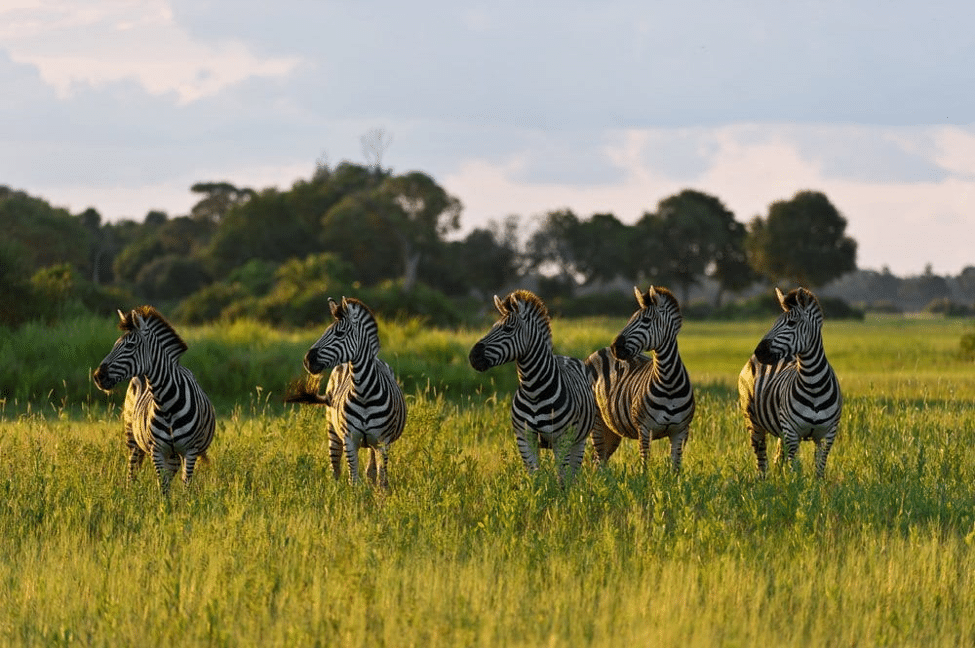 Driven by thirst, thousands of Botswana’s zebra migrate in search of water (and lusher grazing). As the winter dry season begins, they begin to assemble in the Nxai and Makgadikgadi Pans before starting their 300-mile journey to the promised land of the Boteti River. They retrace their steps in November when the annual rains begin again. This is an impossibly photogenic wildlife migration, with the striped zebra standing out against sun-bleached backdrops and vegetation, and you can feel their excitement as they get closer to the Boteti, and share their joy when they arrive.

WHEN TO VIEW AND WHERE TO STAY
Meno A Kwena is a delightful lodge, perched above the Boteti River for superb views across northern Botswana. You’re most likely to see zebra close to the lodge in September and October, but as they are on the move throughout the dry season (from April to November), you can encounter the herds during these months on game drives and excursions from Meno a Kwena. 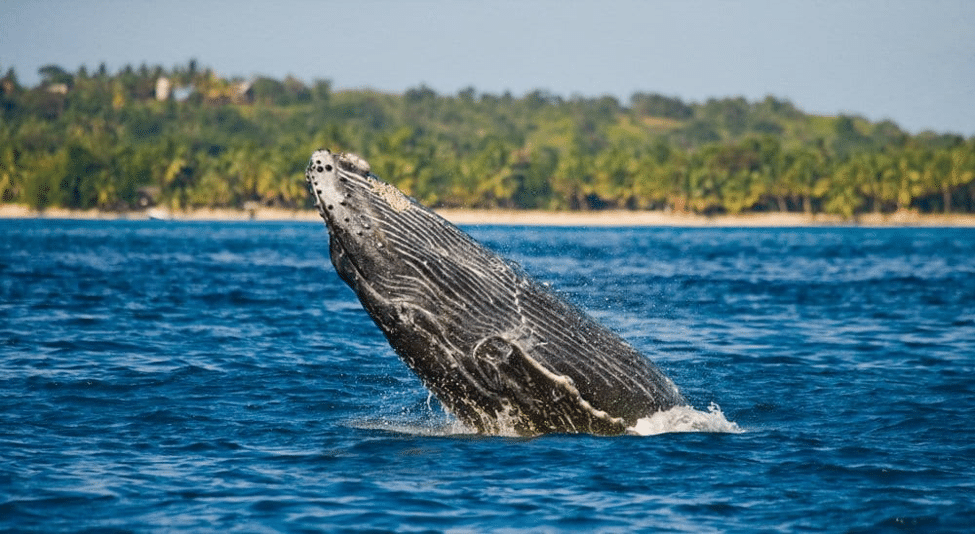 Humpback whales, with their aerial displays, long pectoral fins, and haunting undersea calls, are some of the most charismatic of all cetaceans. They were also born under a wandering star, migrating many thousands of miles through the world’s oceans each year. One such journey takes them from the colder Antarctic waters (where they feed) into warmer tropical seas to breed and give birth (as mammals, they give birth to live young of course). Humpback whales make for superb boat-based experiences, as they are known for breaching (emerging from the sea) and lifting their distinctive tails out of the water, only to splash them down again.

WHEN TO VIEW AND WHERE TO STAY
The luxury eco-resort of Miavana, on the island of Nosy Ankao off the northern tip of Madagascar, is worth visiting for many reasons. Just one of these is that it makes an ideal spot from which to watch migrating humpback whales pass by, with the best time of year for spotting migrating whales in the waters around Miavana being from early July to mid-September.

If you remember the famous yellow biplane scene in the movie ‘Out of Africa’, you’ll already have an idea of just how beautiful the pink wings of flamingos can be when viewed en masse. Each year, tens of thousands of these prettily colored birds fly into Kenya’s Rift Valley lakes. These warm lakes – especially Lake Nakuru and Lake Bogoria – are sodic, which means that they have a mineral content. The waters are consequently rich in algae and tiny shrimp, which cause the flamingos to turn pink – a very fetching case of ‘you are what you eat’. Each lake also has large areas shallow enough for the flamingos to wade through, with their heads turned upside down in their distinctive feeding posture.

WHEN TO VIEW AND WHERE TO STAY
The best months to see the flamingos in the Rift Valley are April through June, although there is more than other wildlife in the area to make a safari worthwhile at any time of year. We’d recommend a stay at either Loldia House, close to Lake Naivasha, or The Cliff overlooking Lake Nakuru.

Interested in these once-in-a-lifetime experiences? Let our team of travel designers create an unforgettable safari. Reach out to us to get started! 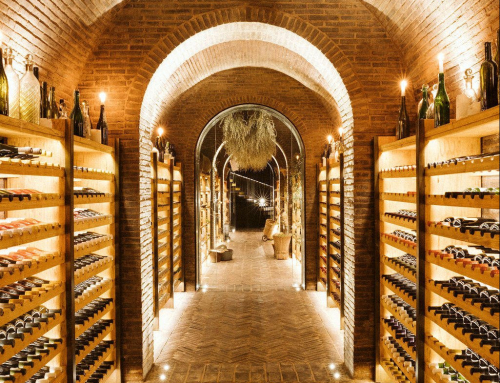 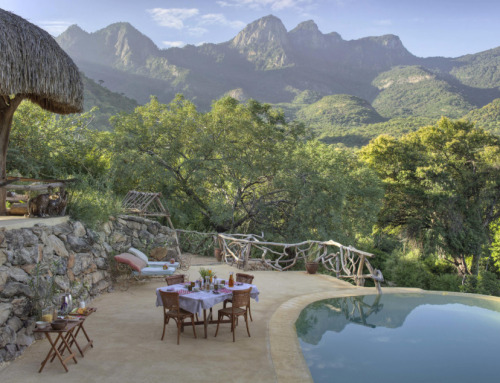