Many are surprised to hear that lions, one of Africa’s most iconic species, have seen their numbers dwindle from more than 200,000 a century ago to only about 20,000 today. Their biggest threats include human-wildlife conflict when populations expand, take up more land, and bring in the temptation of livestock. Illegal poaching is also a major concern especially with the increase in trading for body parts such as bones, teeth and skins. Even legal poaching often poses a problem due to poor management. Leopards face similar threats, occupying about 45% of their original African territory. Cheetahs have seen a 50% decrease in population over the past four decades, reducing the global wild population to around 7,100.

When you’re ready for your next safari, stay in exclusive, low-volume properties on private conservancies as they play a huge part in naturally expanding habitats for cats. (For more on that subject, check out our Expanding Wildlife Corridors initiative.) We also support organizations who are fighting to get to the root of the issues facing cats by providing education and tools to local communities, conducting necessary research, and partnering with local wildlife and government authorities to promote lasting change for our feline friends.

HOW YOU CAN HELP

You can donate to this cause directly with either a one-time or monthly donation: 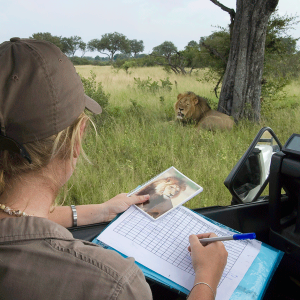 Here are a few examples of costs associated with supporting conservation efforts for big cats: 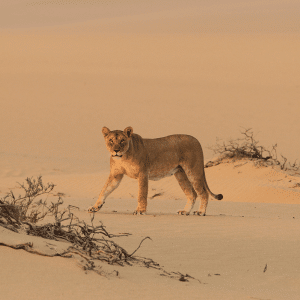 Operated by Dr. Philip Stander with the support of Wilderness Safaris, this Namibia-based project focuses on a unique population of desert-adapted lions that have managed to survive in one of the world’s harshest environments. The purpose of this project is to not only better understand these lions but to develop human-wildlife conflict management plans, promote forms of sustainable eco-safaris as a form of generating income to protect the species, and to make their findings available to the world. 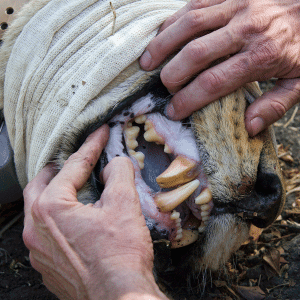 The Lion Recovery Fund (LRF) is an impressive collaborative effort involving many of the partners we support with the goal of doubling the number of wild lions in Africa by 2050. LRF also invests half of its funding on landscapes that aren’t yet ready for tourism which is a key detail of what makes this organization so valuable for long-term recovery efforts. Not to mention their 100% donation model with zero overhead. 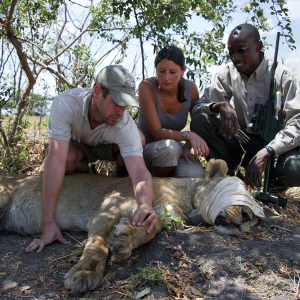 Panthera is the only organization of its kind completely dedicated to conserving the world’s 40 wild cat species and their landscapes. They have sought out the world’s best cat biologists to develop global conservation strategies focused on the well-being of the world’s large cat species. Their partners range from global citizens to scientific institutions to governments, international NGOs, and more. Their Small Cat Action Fund also offers support to smaller wild cat species.