Jambo! Ask any Kenyan, and they’ll tell you that this is the place where safaris began. There’s an amazing diversity of wildlife habitats, from rainforest to near-desert, which of course means many different species of birds and animals.

The lone trees, endless plains and rocky koppies of the Mara are in marked contrast to the landscapes you’ll encounter further north. The land becomes drier and rockier, and even the animals are different. You’ve heard of the Big Five, of course, but how many of the Samburu Special Five have you seen?

It’s especially easy to combine bush and beach here, and you can also learn more about the coastal Swahili culture: a fascinating blend of African and Arabic influences. 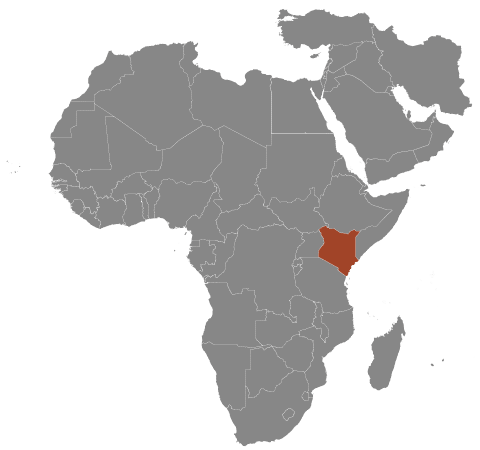 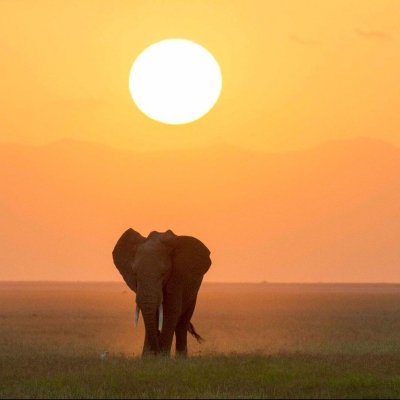 The safari itineraries displayed below highlight some of the best lodges and wildlife destinations in Kenya. These will give you an idea of what is possible and can be further customized to suit your individual travel styles and budget. Connect with one of our Kenya travel experts for a complimentary trip consultation. 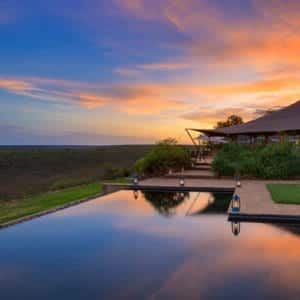 View rhino in their natural habitat in Meru, for some adrenaline, explore Loisaba by mountain bike, and savor the spectacular game viewing in the Masai Mara. 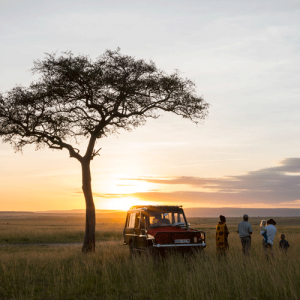 Embark on a traditional Kenyan safari from Ol Pejeta, home to an array of activities, to the famous Masai Mara to witness the wildebeest migration. 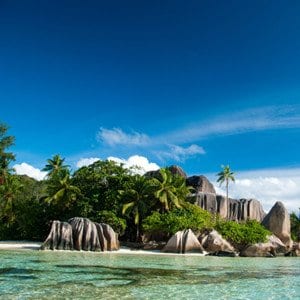 During this ultimate romantic getaway, savor a traditional safari in Kenya before jetting off to Seychelles for sun, sand, and snorkel. 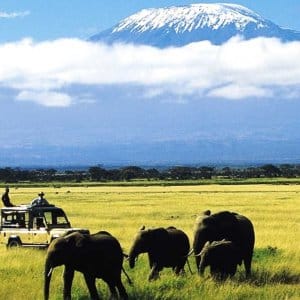 Amboseli is known as the land of giants, for two very good reasons: it’s still one of the best places to see particularly large elephants (known as “tuskers”), and it’s view of Mount Kilimanjaro. Africa’s highest peak is across the border in Tanzania, but it’s an unmissable backdrop for safari images taken in Amboseli. It can get relatively busy here, but to fully enjoy Amboseli, it’s best to look beyond the crowds and rather enjoy the spectacular scenery, with the snow-capped peak of “Kili” overshadowing the savannah and acacia trees. 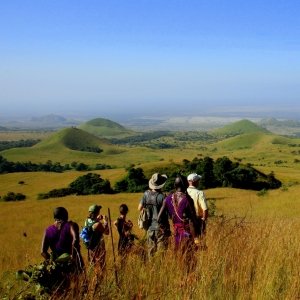 If you’re looking for an off-the-beaten track safari, you should head for the Chyulu Hills: other than your traveling companions and the people looking after you, you might not see a soul for days. While this area may not have the highest density of big game, it’s a great place to get away from it all. Safari lodges and the camps in Chyulu Hills specialize in offering activities including guided walking safaris and horseback safaris. That’s a reflection of the quiet but impressive beauty of this region – it may not get the attention that other areas do, but that’s a big part of its appeal. 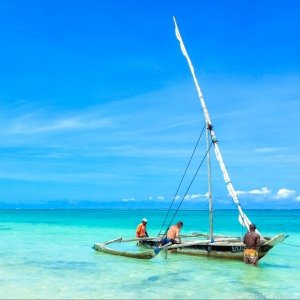 Kenya has a remarkable 300 miles of Indian Ocean coastline – think palm-fringed sandy beaches, warm, azure water and excellent diving and snorkeling on coral reefs just offshore. From the popular Diani Beach area in the south all the way to the Swahili cultural hotspot of Lamu in the north, the Kenyan coast provides a wonderful contrast to time spent on safari – and can be easily combined with the wildlife-viewing portion of your vacation to create an itinerary that truly includes the very best of East Africa. The Kenyan coast offers fascinating historical and cultural experiences, too, from forts built to deter pirates to the opportunity to take a sunset cruise on a traditional dhow. Throw in unbeatable seafood, wall-to-wall sunshine and a warm welcome wherever you go, and Kenya’s coast is unmissable. 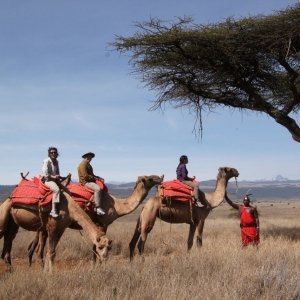 Northern Kenya – including the “high country” of Laikipia – provides quite a different Kenyan experience thanks to its landscapes, which tend to be more rugged. This area is home to pioneering private conservancies which have been at the forefront of more enlightened approaches to sustainable ecotourism, involving local communities as key partners and taking bold steps to save endangered species. These conservancies include the 57 000-acre Loisaba with its abundant wildlife and commitment to improving healthcare and education facilities in neighboring villages. Activities on offer here include horse and camel safaris, mountain biking and walking safaris – more active ways to explore Laikipia. Lewa has gained a reputation as a rhino conservation centre of excellence at a time when these creatures are being targeted by poachers – all set against the impressive backdrop of Mount Kenya. Ol Pejeta meanwhile provides sanctuary to the very last northern white rhinos.

The “Mara” (as everyone calls it) is quite possibly the most famous piece of wild real estate on the planet. Perhaps more than any other game reserve in Kenya, this is the place that sealed the country’s reputation as an incredible safari destination. That’s largely – but not only – because the Mara plays host to the annual Great Wildebeest Migration, an incredible natural phenomenon that sees hundreds of thousands of antelope and zebra run the gauntlet of lions, crocodiles and other predators. The Mara is part of the ancestral homelands of the Maasai people – known as much for their colorful attire as for their courage. The reputation of the Mara means that it can get very busy, but adjacent conservancies such as Mara North and Naboisho offer equally good sightings without the tourist numbers.

While Meru doesn’t have quite the proliferation of big game species that can be seen in some other reserves, it also doesn’t have the crowds that they can attract. Instead, it provides a delightfully tranquil way to see wildlife. Meru is best known as the home of Elsa the lioness (of “Born Free” fame) and for its spectacular landscapes, which feature lines of hills on the horizon and distinctive doum palm trees. The chance to spend time in a remote, beautiful area should not be passed up – Meru is the very definition of a hidden gem and one of the best places in Kenya to have experiences that you only need share with the people you’re traveling with. Perhaps not for first-time safari goers, it is highly rated by safari veterans for its solitude. 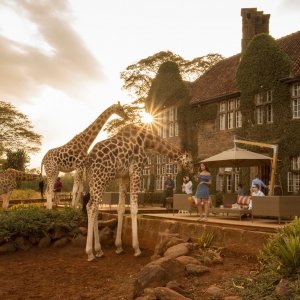 Nairobi, the capital of Kenya, is well-known as the gateway to East Africa and if you’re heading to the region on safari, you’re almost certain to pass through the city at least once. But there’s much more to Nairobi than just its two airports: it’s the only city in the world that contains a national park, and it has a wealth of other attractions, too. These include boutique hotels which have retained their authentic colonial-era style (at one, Giraffe Manor, you can share your breakfast with some very tall fellow diners) and the original ‘Out of Africa’ farmhouse, now a museum in the leafy suburb of Karen (named after the book’s author). It’s a diverse and fascinating city, with a vibrant music scene, great restaurants and colorful street markets – and all this just a short flight from incredible wildlife destinations. 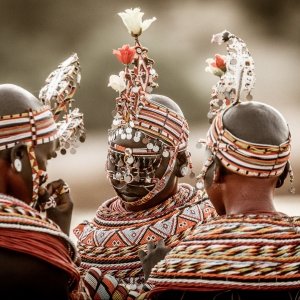 The Samburu region is much more arid, but while at first these dry, rocky landscapes seem inhospitable, a closer look reveals that they are full of life. This is the home of the Samburu tribe, proud warriors and herders whose traditional garb provides a cheerful contrast to their surroundings. The Samburu are perhaps best known for the Singing Wells, where they take their prized cattle to drink and sing traditional songs as they tend to the needs of their livestock. Due to the different habitats, the wildlife here is also distinctive, and includes the “Samburu Five”. These are specially adapted species that thrive in drier conditions, such as the bizarre, long-necked gerenuk antelope and the impressive Grévy’s zebra. 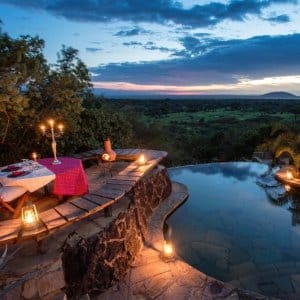 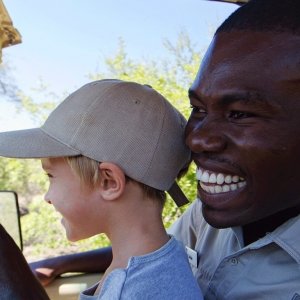