Zimbabwe is known for its dramatic landscapes and diverse wildlife. Aside from the majestic, mile-wide Victoria Falls, formed as the Zambezi River thunders into the narrow gorge below, Zimbabwe is teeming with some of the best wildlife in southern Africa in protected wildlife areas which cover approximately 11% of the country. From the forested mountains of the Eastern Highlands to the sun-drenched grasslands of Hwange National Park, to the riverine ecosystems of Mana Pools and Matusadona, Zimbabwe’s beauty abounds.

The safari itineraries displayed below highlight some of the best lodges and wildlife destinations in Zimbabwe. These will give you an idea of what is possible and can be further customized to suit your individual travel styles and budget. Connect with one of our Zimbabwe travel experts for a complimentary trip consultation.

Admire the many sights of Cape Town from Table Mountain to the Cape Peninsula, spot the Big 5 in the Sabi Sands, and take in the spectacular view of Victoria Falls.

Embark on a helicopter excursion over Victoria Falls, sleep under the stars in Hwange, and admire cave and bushman paintings in Matobo.

Kick off your adventure in Victoria Falls, set out on a walking safari in Hwange, and canoe down the Zambezi River in Mana Pools.

The capital city, Harare, is the most populous city of Zimbabwe. Wide streets are lined with lush foliage and modern buildings, as well as a strong cultural and historical heritage preserved in older structures, such as The Mining Pension Fund Building.  It is here that you will find The University of Zimbabwe, the country’s oldest university founded in 1952.  For views of the city, head to The Kopje, a granite hill rising above the south-west corner of central Harare. Other points of interest include the Queen Victoria Museum and the Queen Victoria National Library, both located at the Civic Centre in Rotten Row, and for Shona soft-stone carvings, visit the National Gallery.

Hwange National Park is the largest national park in the country at over 5,600 square miles. It was once the royal hunting grounds of the Ndebele warrior, King Mzilikazi in the early 19th Century, but was proclaimed a National Park in 1929. The elephant population in Hwange National Park is one of the largest in the world. Aside from that, there are over 100 species of mammals and nearly 400 bird species recorded. It is accessible by air or road, a short distance from Victoria Falls.

The Malilangwe Wildlife Reserve, set on 130,000 acres of pristine wilderness in south-eastern Zimbabwe, bordering the Gonarezhou National Park, offers a wide variety of plant and animal species. Here one can find all the big predators such as lion, cheetah, leopard, hyena, and wild dog. Giraffe, zebra, impala, and wildebeest abound on the Banyini Plains, while Sable antelope and Lichtenstein’s hartebeest are found in the mopane woodlands in the east and south. The Malilangwe dam is home to several fish species, including Tiger Fish, as well as hosting healthy populations of hippo, crocodile, and water birds. During the summer months, it’s not uncommon to see elephant breeding herds enjoying a leisurely swim at the top end of the dam. The basalt flats in the south offer nutritious grazing, and it is not uncommon to see herds of 500 buffalo present in the dry season.

Mana Pools National Park offers 848 square miles of pure wilderness and beauty extending from the Zambezi River in the north to the escarpment in the south. A protected area and World Heritage Site, it is home to a wide range of mammals, over 350 bird species, and aquatic wildlife. Classified as a biosphere reserve, it is one of the world’s wildest and preserved natural ecological areas. During the dry season (June-October) large herds of elephant and buffalo return from deeper in the bush, to congregate around the Zambezi River. The game is quite relaxed around people on foot, making Mana Pools one of Africa’s best national parks for walking safaris.

Matobo National Park is the center of Matopos Hills, an area of granite kopjes and wooded valleys located near Bulawayo, Zimbabwe’s second-largest city. Much of the country’s history has played out within the confines of the Matobo Hills beginning thousands of years ago when ancient bushmen used the massive granite faces as a canvas to tell their story. 39 square miles of the National Park has been set aside to protect wildlife, including the white rhinoceros. Other animals to be seen include sable antelope, giraffe, zebra, impala, wildebeest, and ostrich. On the rare occasion in the late afternoon visitors may be lucky enough to spot leopard.

On the shores of Lake Kariba, Matusadona National Park was once one of the last wild sanctuaries of the endangered Black rhino. There are several dead trees protruding from the surface of the lake, a reminder of the construction of the Kariba Dam which flooded the Kariba Gorge, and the home of thousands of native animals and the local Tonga people. Operation Noah was a wildlife rescue mission that relocated over 6,000 animals to the mainland (1958-1964). Today the Matusadona shoreline offers water-based activities from game viewing boats or pontoons and is ideal walking safari territory. Buffalo are especially prominent and herds of up to 1,000 strong often congregate along the shoreline in the dry season. Lion, leopard, hyena and other predators occur in good numbers throughout the park.

Victoria Falls known as the “Smoke that thunders” in the local Tonga language, is the largest single curtain of falling water in the world and 70% of the exquisite views are seen from the Zimbabwe rain forest. One of the beauties is that the area has not become over-commercialized. In fact, once you are standing by the falls your view will not be much different from that of David Livingstone’s who first saw the Falls in 1855. Aside from the natural beauty of the falls, one can enjoy numerous activities such as sunrise or sunset boat trips on the Zambezi River, helicopter flips, cultural visits, elephant interactions, and for the adventurous, white-water rafting, bungee jumping, gorge swings, and jetboating. 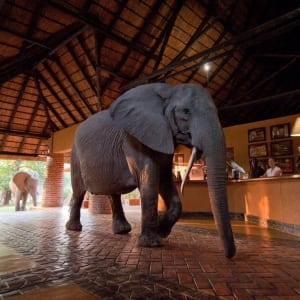 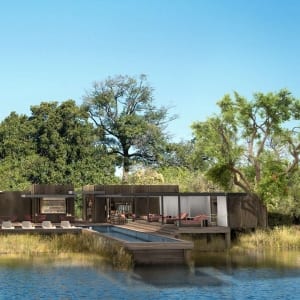 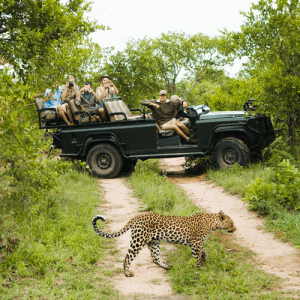 A Beginner’s Guide
To Zimbabwe

9 Romantic Experiences You
Can Only Have in Africa