South Africa’s breathtaking landscapes, great climate, buzzing cities and thrilling wildlife are making the country an almost permanent fixture on everybody’s must-go lists. This has inspired local hoteliers to take their game to the next level, and the last couple of years have seen some stunning new accommodations options pop onto the scene.

It’s no longer simply a question of wherever you lay your hat being your home. These days, South Africa boasts some of the finest hotels and safari lodges, so whichever part of the rainbow nation you visit, you can be sure of a luxurious and stylish stay. While the owners are busy fluffing up the pillows and making final preparations for your arrival, come with us on a tour of some of the hottest – and coolest – new hotels in South Africa. 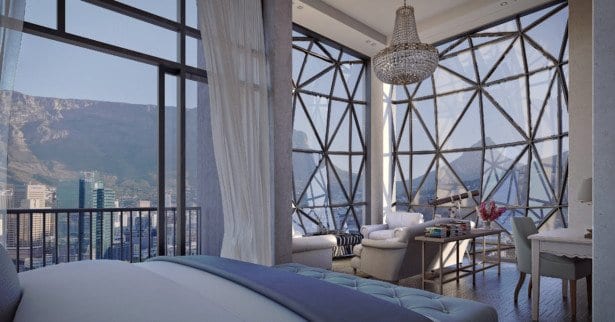 We’re thrilled about this awesome new hotel, set to make a grand entrance in Cape Town later this year. The Silo will be a true work of art – appropriately enough, as it’s located above the Zeitz MOCAA modern art museum in the iconic Grain Silo building. The V&A Waterfront location couldn’t be more convenient, while the ocean and Table Mountain views from its 27 rooms and spectacular penthouse promise to be captivating. The Silo has been designed by architects from the Thomas Heatherwick Studio, who also designed Google’s Mountain View Campus. In other words, your search for the ultimate Cape Town hotel ends here in a spectacular fusion of old industrial architecture and avant-garde flair. Can you picture yourself staying in a hotel floating above an art gallery?

We’ve been fans of Singita’s eco-lodges for years now, and the latest incarnation of their Lebombo Lodge inside South Africa’s renowned Kruger National Park is a worthy successor to what went before. Lebombo has always been all about its incredible location – perched on a craggy cliff-face and inspired by the idea of a leopard’s lair or eagle’s eyrie. The newly rebuilt lodge (which opened again in April) makes even more of this setting, juxtaposing romantic luxury with its rugged surroundings. A stay at Singita Lebombo has always combined sheer luxury with exploring pristine wild areas. In the same day you can enjoy gourmet meals accompanied by wines from the impressive cellar, head out on a game drive with your guide to find rhinos, or simply relax and enjoy the wondrous views. 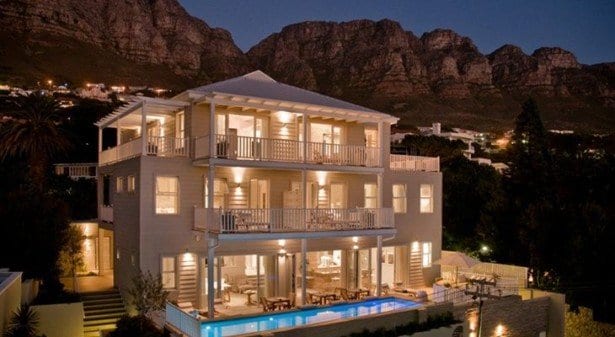 Camps Bay is perhaps South Africa’s most glamorous beach, and certainly the place to be if you want to see Cape Town’s beautiful people at their leisure. Squeezed between Table Mountain and the Atlantic Ocean, Camps Bay is the chicest of all the seaside villages along the Cape. As you’d expect, this location lends itself to panoramic views, and with just seven rooms, this boutique hotel makes you feel as though you have your own beach villa. The color palette was inspired by the Mediterranean Riviera and Cape Town’s answer to it, and this theme is continued in the serene gardens. From Sea Five, trails lead up the side of the mountain, and paths head down to the beach and the bracing waves… 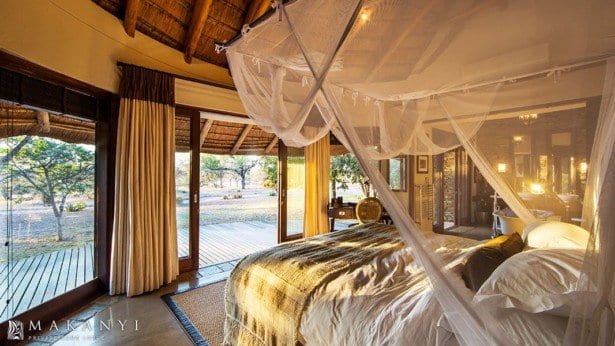 Makanyi’s history as a private home is reflected in the feel of this new seven-room safari lodge. When it came to restoring the residence and converting it into a luxury lodge, a light touch on the part of its British owner avoided any heavy colonial references. The end result is a delightfully intimate and romantic space, and the sense of exclusivity is enhanced by Makanyi being set in a section of the Timbavati where there are no other lodges. Instead, your neighbors will be the lions you hear roaring at night, or the elephant and giraffe which wander at ease past the lodge, making the most of the waterhole. You can actually do a ‘game drive’ from the comfort of your bed, making this the ultimate luxury safari. 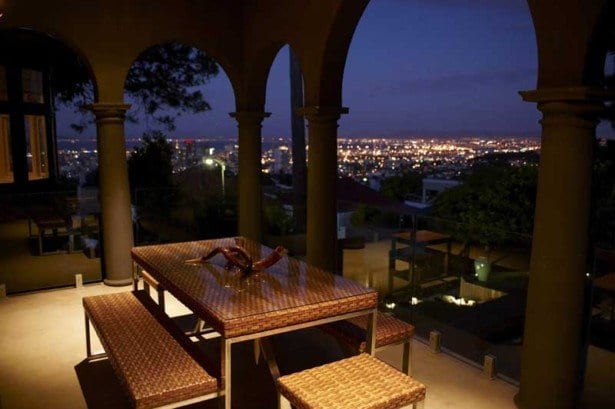 The leafy district of Oranjezicht may be almost impossible to pronounce for visitors, but it’s also impossible to resist. Nestled at the foot of Table Mountain, it’s within easy walking distance of parks, gardens and the trendy bars and hipster coffee shops of Long Street. This is a part of the city that echoes its heritage, with distinctive Cape Dutch houses, one of which has been lovingly restored to create Spicy Villa. (With a name like that, how could it not make our hot list?!). The period features of this Cape Town ‘grand dame’ were retained during a sensitive makeover that reflects the influence of the Indian and Malay cultures in Cape Town. Each of the four rooms is named after a spice, and this, along with the bay views from the terrace, is a reminder of the city’s seafaring past.

Be among the first to experience these stunning new accommodations. Reach out to our team and let us help you plan your next trip!