South Africa has arguably some of the top national parks and private game reserves on the continent. Many have been in existence for decades, and are some of the most rewarding places imaginable to spot wildlife. If you’re ready to soak up the magnificence of being in the African wilderness, see our picks of the top game reserves in South Africa. 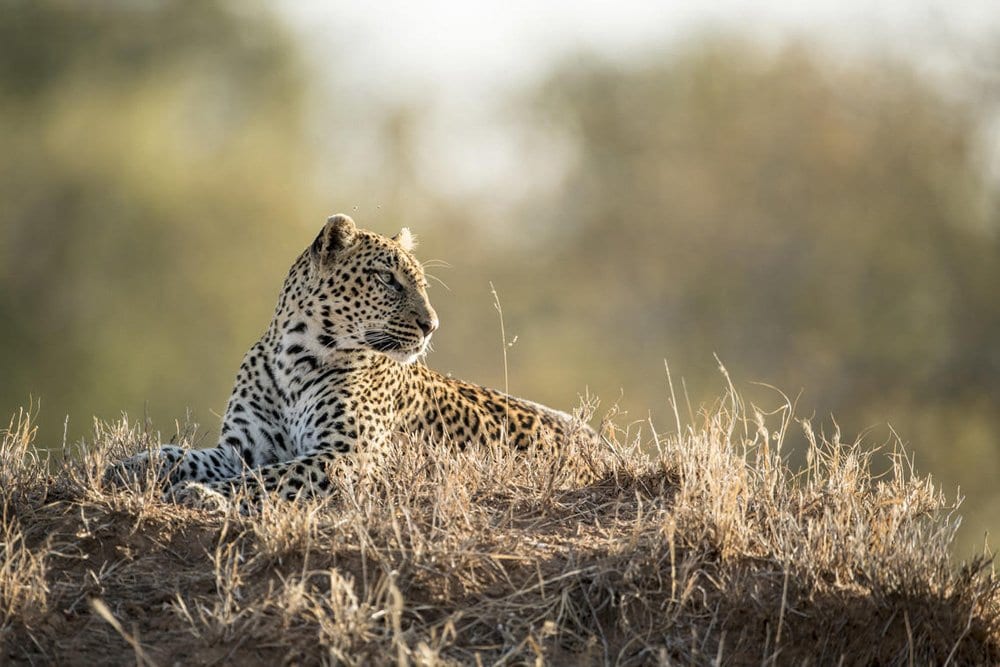 The Sabi Sand game reserve adjoins Kruger National Park, and the fact that there are no fences along the 30-mile boundary between these two protected areas means that wildlife can move freely back and forth. Kruger is South Africa’s oldest national park and is roughly the same size as Switzerland! Sabi Sand meanwhile is named after the two most important local rivers, and it’s much more than just an extension of the national park. Sabi Sand is a renowned wildlife refuge in its own right, and the setting for some of South Africa’s most iconic safari lodges. The reserve is particularly well-known for its populations of predators, and many old safari hands rate it as one of the top places in South Africa to see the big cats.

Madikwe Game Reserve is a relatively new protected area, having only been declared in 1991. Located in South Africa’s North West Province, it’s hard up against the border with Botswana. Madikwe is a fascinating modern conservation success story.  Previously, the land was used for farming, but the soil proved to be too poor for crops. It was perfect, however, for the type of plants that wildlife thrives on, and the government launched Operation Phoenix to bring around 10 000 animals to the area. They immediately took to their new home, and now the park has thriving populations of many species, including threatened white and black rhino. There are several lodge accommodation areas inside Madikwe, and it has acquired an enviable reputation for sightings of wild dogs. 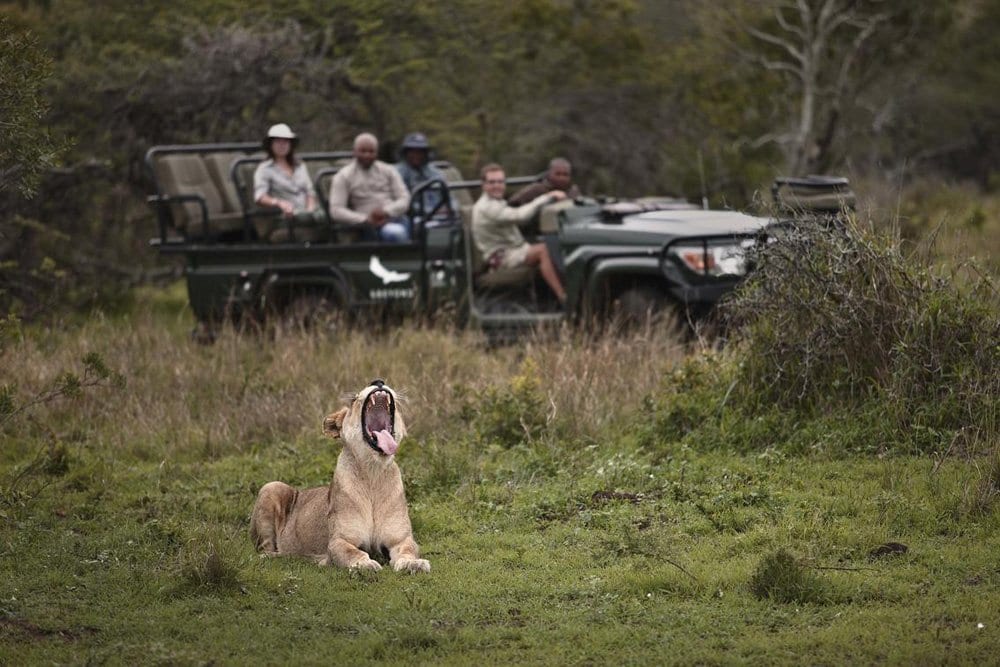 Phinda is quite different in appearance to the rest of the game reserves on our list. Close to the Indian Ocean in KwaZulu-Natal, it experiences coastal rainfall patterns which keep the area looking lush and green year-round. It’s an incredibly varied reserve, with seven distinct ecosystems within it. That in terms means that there’s an incredible diversity of wildlife to spot, and lots of different ways to explore. Phinda’s name means ‘return to the wild’ and symbolizes the conservation ethos of this research, where a great deal of research is carried out alongside the ecotourism activities. In fact, as a guest at Phinda, you may even get the chance to do your bit and participate in rhino and pangolin conservation experiences. 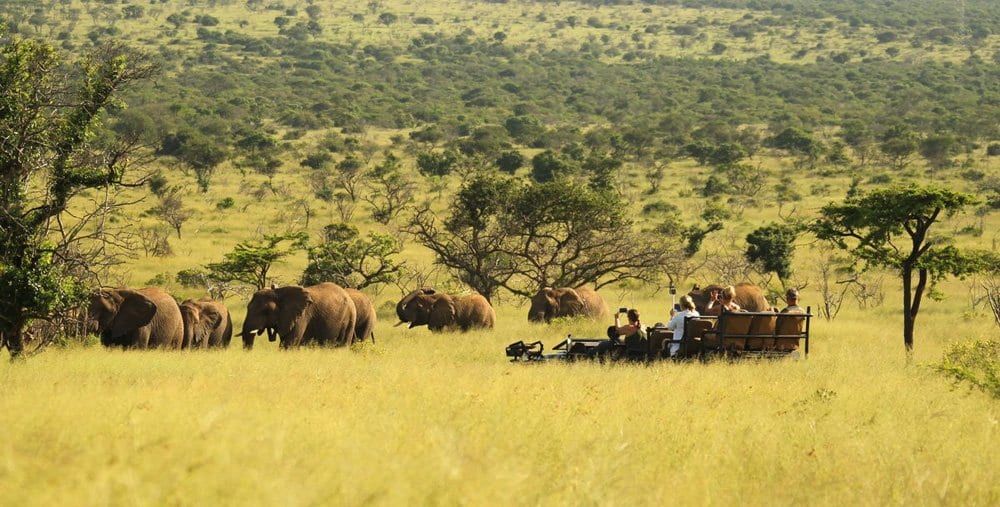 Thanda Safari Game Reserve is not just a superb place to spot wildlife; it is also dedicated to the preservation and celebration of the rich cultural heritage of the local Zulu people. Thanda comes from an isiZulu word meaning ‘love’, and this sentiment is expressed throughout the reserve as a passion for conservation. Through community partnerships, Thanda is able to spread the love in very real and meaningful ways, and the lodges on this reserve are imbued with an authentic sense of place. Just like the Big Five (all of which are present here) and the local people, you’ll sense that you belong. An award-winning reserve, Thanda’s ethos is based on the fusion of people, wildlife and the environment. 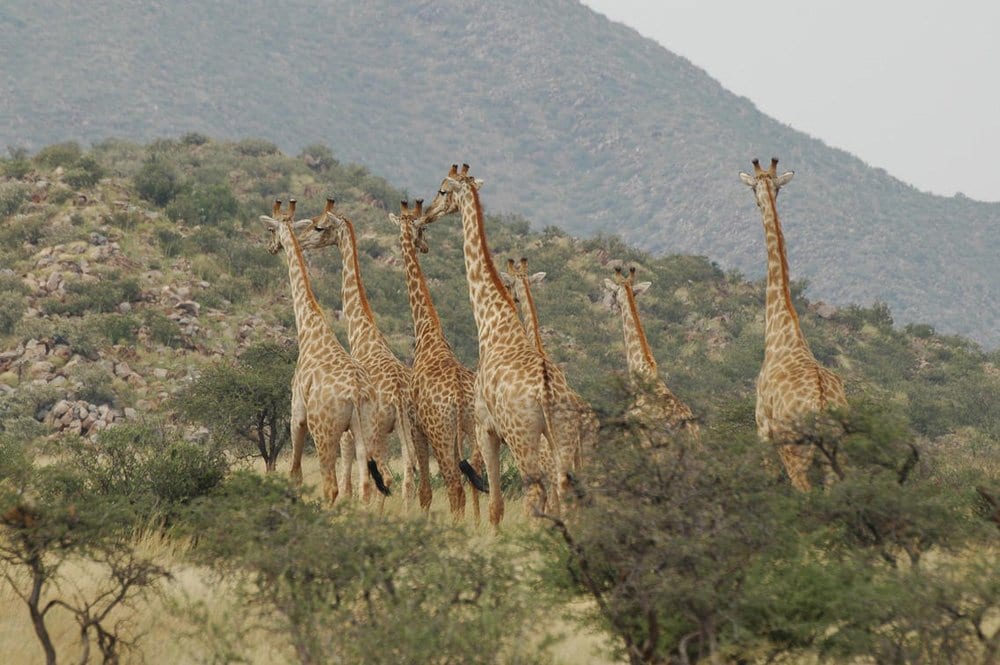 Tswalu is South Africa’s largest private game reserve, at over 420 square miles in area. It protects an important and beautiful swathe of the Kalahari Desert. It’s a wild region of rugged beauty, and with guest numbers strictly limited, the goal is that the mountains and grasslands of Tswalu can remain pristine. This is conservation on a huge scale – but at the same time, you’ll be made to very welcome through all sorts of caring details. You’ll likely encounter new species of wildlife here – birds, mammals and reptiles that have adapted to live in this arid and – at first glance – inhospitable area. Get ready to experience incredible night skies, miles away from any light pollution, and to find your true self in this unique private game reserve. 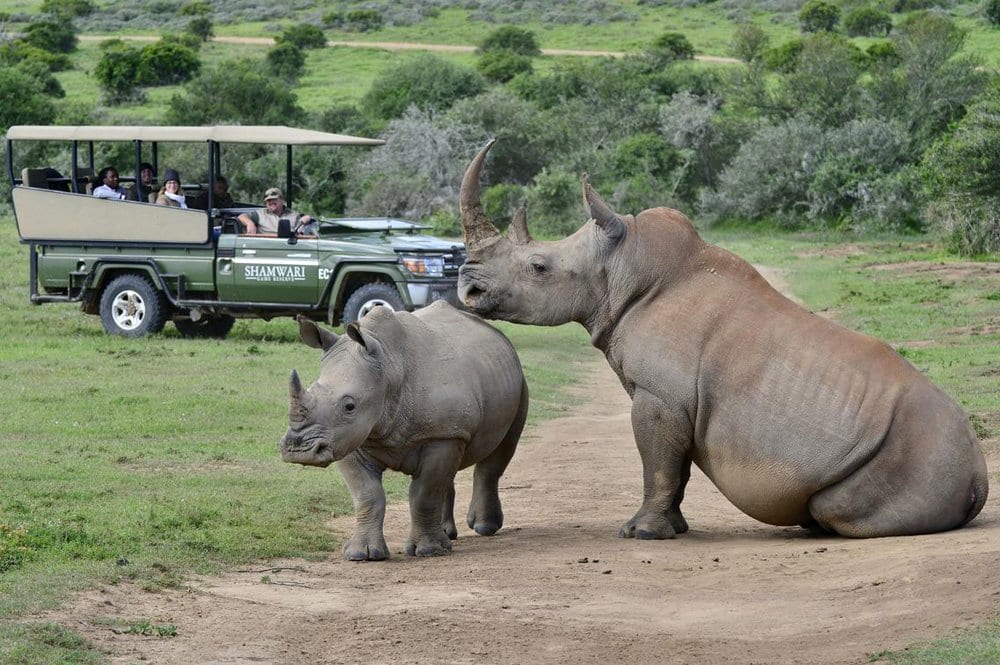 The final entry on our list of the top game reserves in South Africa to spot wildlife, Shamwari is the jewel of the Eastern Cape. The reserve combines an undiluted African nature experience with wonderfully luxurious lodge accommodation. The aim at Shamwari is that guests feel a sense of harmony with Nature, and specifically with the unique habitats (and inhabitants) of this less-well-known region of South Africa.  Like many of the other reserves on this list, Shamwari is a successful conservation project and is slowly undoing the damage done by humans in the past. The result is an ecological renaissance, and by visiting, you can be a part of it. With Shamwari meaning ‘my friend’ in Shona, you’ll also be assured of a very warm welcome.

Feeling inspired to plan your own African Safari? Reach out to the Alluring Africa team.